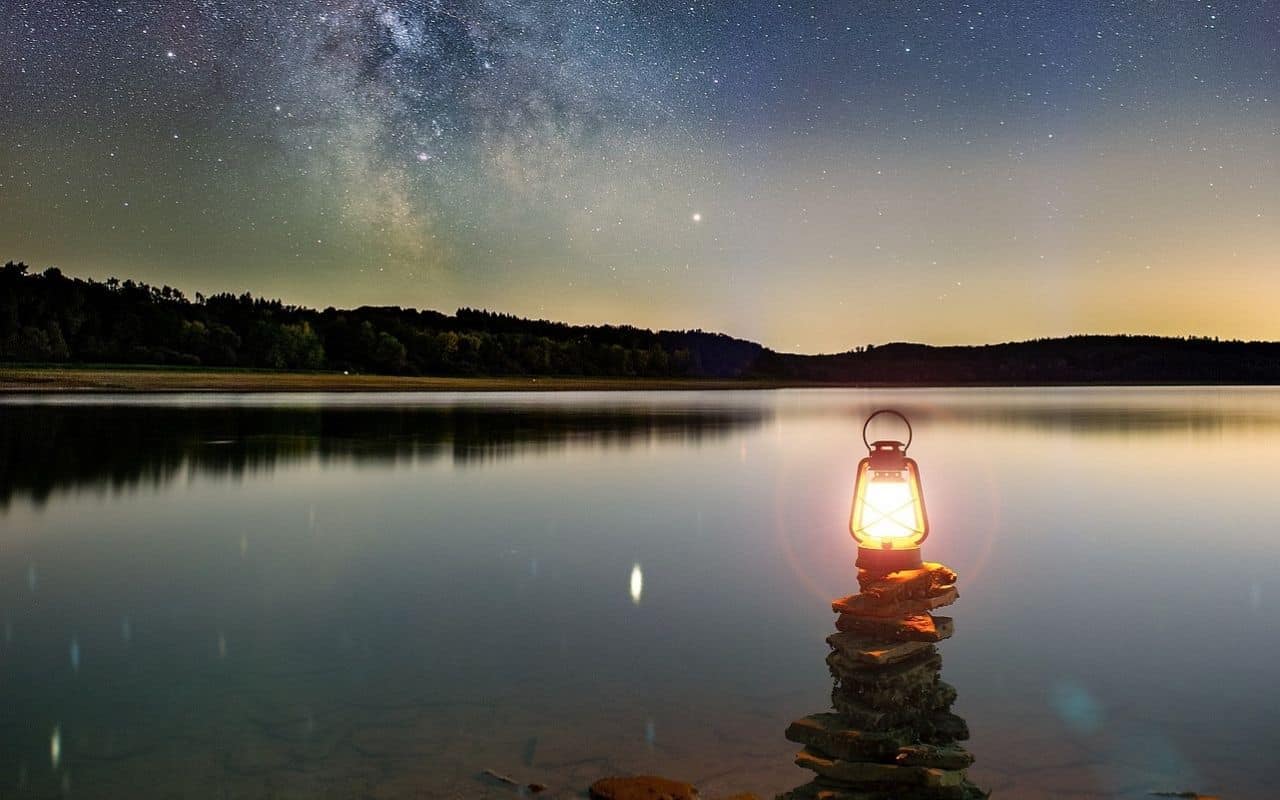 Coleman lanterns are some of the best and brightest lanterns on the market today.  However, if you really want to light up your campsite at night, you might be wondering which Coleman lantern is the brightest?

I recently had this question myself, so I did some research to find out.

The brightest Coleman lantern on the market today is the Coleman Northern Nova Propane Lantern, which produces an unheard of 3000 lumens of light and casts light as far away as 107 feet from the lantern.

While average Coleman lanterns usually only produce around 700 to 1000 lumens of light and cast light only about 50 feet away from the lantern. 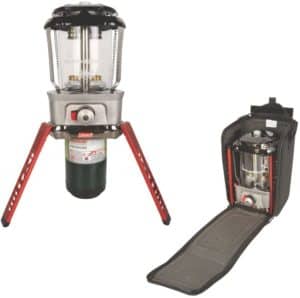 If you’re looking for the absolute brightest Coleman Lantern on the market today and more than likely ever, then the Coleman Northern Nova Propane Lantern is your only choice.

As this lantern is really in its own league when it comes to brightness.

Because while your average bright Coleman lantern might produce around 1000 lumens of light, the Coleman Northern Nova Propane Lantern produces an astounding 3000 lumens of light and can cast light over 100 feet away from the lantern.

While this lantern will be extreme overkill for most outdoor enthusiasts and campers, it’s still quite impressive how much light Coleman could get out of a standard Coleman 16.4 propane canister which this lantern runs off of.

The Main Reason Why the Coleman Northern Nova is so Bright

The reason why the Coleman Northern Nova Propane Lantern is so bright is due to the mantle configuration of the lantern.

All this brightness does create a problem though as this dual-tube mantle configuration uses much more fuel compared to more average Coleman lanterns, leading to much shorter run times. 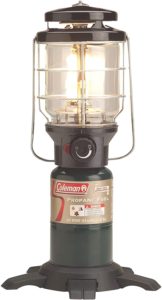 If you’re looking for the brightest Coleman lantern meant for the average camper that won’t break the bank, the Coleman Northstar Propane Lantern is a great second choice.

As the Northstar Lantern produces a whopping 1540 lumens and can cast light up to 90 feet away from the lantern.

In fact, this lantern produces so much light, that you likely will rarely use the lantern at its brightest setting.  Instead opting to set the lantern at one of its lower settings while around the campsite so you don’t blind your camp neighbors.

But when you really need to light up the campsite, there is no doubt that the Coleman Northstar Lantern will get the job done.  (To check the price of this Coleman lantern on Amazon click here.)

Why is the Coleman Northstar Propane Lantern so Bright?

There are many reasons why the Coleman Northstar Propane Lantern is so bright compared to other lanterns including:

Other Great Things about the Coleman Northstar Propane Lantern

It’s not all about the brightness though when it comes to the Coleman Northstar Lantern as it also has lots of other features that help set it apart from other lesser lanterns.  Such as push-button start, which allows the lantern to be lit quickly with a push of a button as opposed to having to mess with matches or a lighter.

The lantern is also equipped with Coleman’s PerfectFlow technology which helps to provide a consistent flow of gas even in the most extreme weather conditions.

And finally, the Coleman Northstar Lantern has an all-metal construction and metal cage to protect the glass globe, which makes the lantern very durable and reliable for camping.

How Many Lumens is a Coleman Lantern?

However, even in the same type of lantern, such as propane lanterns there can be a wide range in the light output or lumens of the lantern.

Lumen Output of Coleman Lanterns (from Lowest to Highest)

A lumen is defined as a measure of the total amount of visible light emitted by a source per unit of time.  Which is really just a fancy way of saying that lumens measure the brightness of an object.

So the more lumens an object has the brighter the source of the light.

So when trying to imagine how bright 1000 lumens is, it’s usually best to figure out the number of lumens common everyday lighting emits so you have something to compare it to.

For instance, most walkway lighting that allows you to see the path your walking on, and not much else is usually around 100 lumens.

While a street lamp, lighting up an intersection or busy roadway is usually 6500 to 8000 lumens.

Another way to determine how bright 1000 lumens is, is by converting lumens into watts.

For example, 900 lumens is about as bright as a common 60W lightbulb you might have in your house.

So 1000 lumens is just a little brighter than the output of a 60-watt lightbulb.

What is the Brightest Coleman LED Lantern? 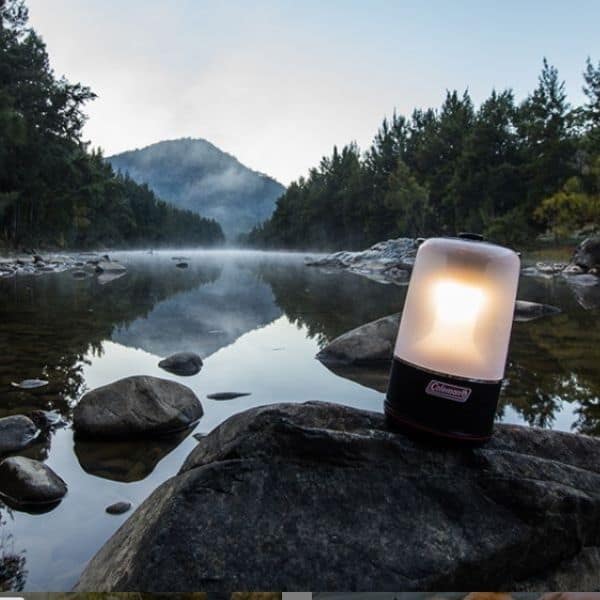 As with propane Coleman lanterns, there can be a wide range when it comes to the brightness of Coleman LED lanterns, depending on many factors such as the number and size of led lights, the size, and output of the battery pack, as well as the design of the light globe.

When it comes to the brightest Coleman LED lantern though there is one clear winner which is the Colman 1000 Lumens LED Lantern with BatteryGuard which casts light about 52 feet away from the lantern.  (To see this Coleman LED lantern on Amazon click here.)

If however, you don’t need 1000 lumens of light when camping, Coleman makes a whole line of LED lanterns with BatteryGuard technology including a 200, 600, and 800 lumen version.

How Long Will a Coleman Lantern Burn?

The amount of time a Coleman propane lantern will burn depends on the size and light output of the Coleman lantern as well as how high you have the lantern set.

In addition, how high you set the Coleman lantern can have a great impact on how long the Coleman Lantern will burn.

For example, the Deluxe Propane Lantern with a light output of 1000 lumens will burn for as long as 9 hours when you have it set on low but if you turn the lantern up to high it will only burn for a little over 4 hours.

On average though a Coleman lantern will burn somewhere between 5 and 9 hours depending on what the lantern is set at.