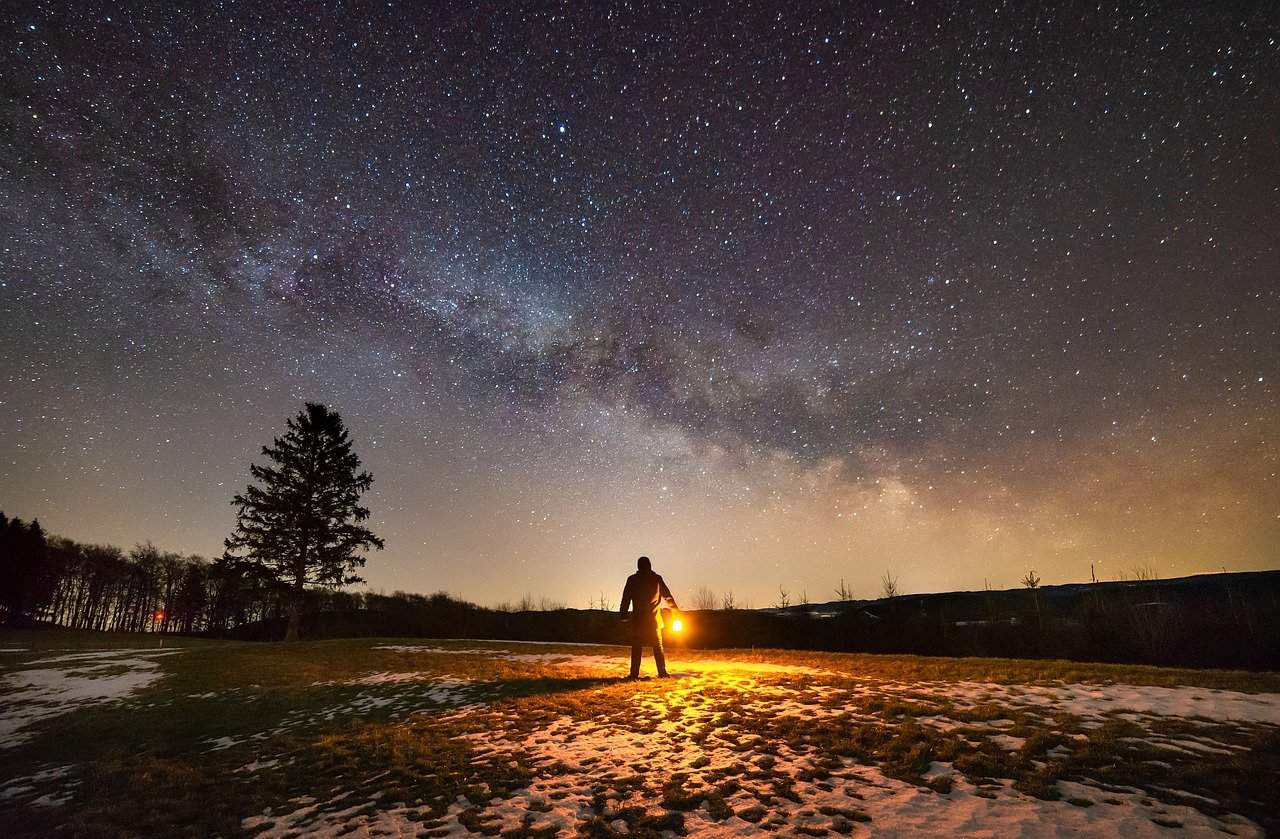 Camping lanterns come in all different sizes and configurations with varying levels of brightness.

As small basic camping lanterns will usually have a lumen output between 100 and 400 lumens.

While larger and more powerful camping lanterns will have a lumen output between 1000 and 3000 lumens.

So how many lumens do you really need for a camping lantern?

A camping lantern should ideally have a max light output between 1000 and 2000 lumens, that is fully dimmable for various lighting needs around the campsite.

But there’s more to know about camping lanterns and lumens than this.

So if you want to know how many lumens you need for a tent or how bright 1000 lumens are, keep reading.

As we provide the answers to these questions, plus much more. 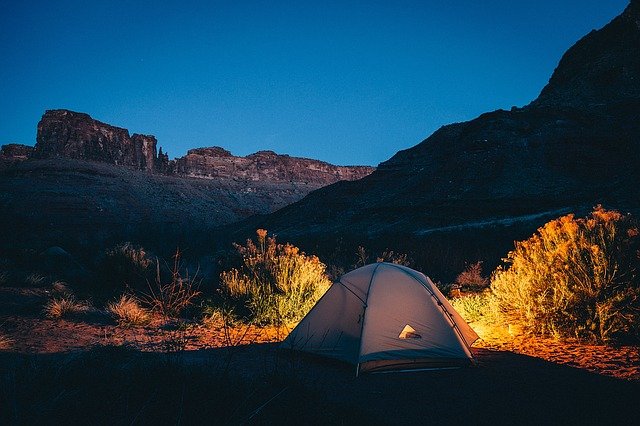 How Many Lumens Do You Need for a Tent?

Typically tents are only about 60 to 70 square feet in size, so you do not need a lot of light or lumens to adequately light up the inside of a tent.

Because of this a light source that produces 50 to 100 lumens is usually more than enough light for your average size 4-person tent.

If however, you have a larger cabin-style tent capable of sleeping 8 or more campers at a time, you might want to opt for a light source with a bit more light output by choosing a camping light that produces at least 150 to 250 lumens.

Is 200 Lumens Bright Enough For Camping?

There are many camping situations or scenarios, where 200 lumens of light can provide more than enough light while camping.

For example, 200 lumens of light is more than enough to adequately light up the inside of a tent.

But if you’re looking for a camping light that’s capable of providing enough light for all your camping needs, it’s best to go with a light that can produce more than 200 lumens.

As ideally, you want to have a camping light that can produce between 1000 and 2000 lumens to adequately light up your campsite.

But make sure the camping light is fully dimmable because you won’t always need this many lumens while camping.

The best way to determine how bright a 1000 lumen lantern is is to convert lumens to watts.

So 900 lumens of light produces roughly the same amount of light that a 60 watt incandescent light bulb does.

This means that a 1000 lumen lantern is slightly brighter than a 60 watt light bulb. 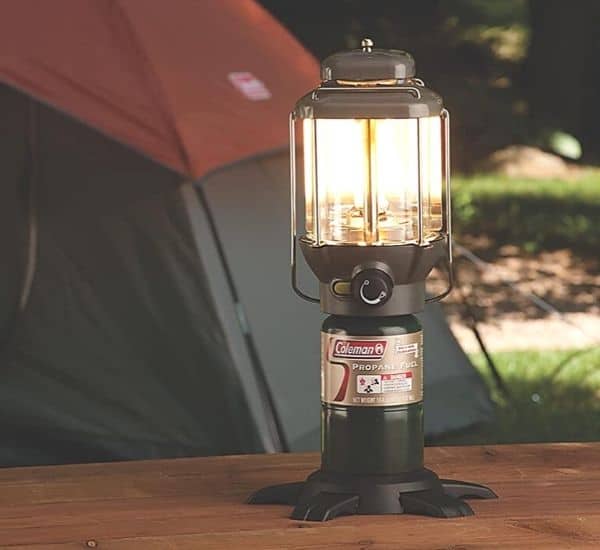 How Many Lumens is a Propane Lantern?

Propane lanterns can have a light output that ranges from 300 lumens all the way up to 3000 lumens.

But in general, most propane lanterns will have a light output from 1000 to 1500 lumens, depending on the size of the lantern, the number of mantels, and its brand.

For a complete list of the best Coleman propane lanterns, check out our article “Best Propane Coleman Lanterns:  Complete Review“.

What is the Brightest Camping Lantern?

The Coleman Northern Nova Propane Lantern is the brightest camping lantern you can buy, as it produces an unheard of 3000 lumens and casts light as far away as 107 feet on its highest setting.

For more information on the Coleman Northern Nova Propane Lantern, check out our article “What is the Brightest Coleman Lantern?“ 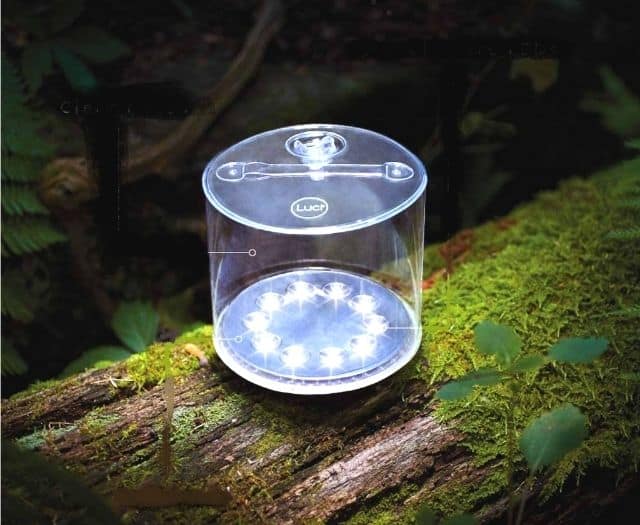 Are Solar Camping Lights a Good Substitute for a Camping Lantern?

Because they pack down super small, weigh pretty much nothing, and require no external batteries or fuel.

Making solar camping lights super simple and easy to use.

But are solar camping lights a good substitute for a camping lantern?

But just because solar camping lights don’t make a good substitute for a full-size camping lantern, that doesn’t mean they’re not still great to have around the campsite.

As solar camp lights are super handy to have when you need a small simple light source that doesn’t take up a lot of space.

One of the most popular rechargeable camping lanterns on the market today is the LuxPro Dual Power Lantern thanks to its dual power source.

Because while most LED camping lanterns are either powered by a rechargeable lithium-ion battery or more commonly non-rechargeable D cell or C cell alkaline batteries, this versatile camping lantern provides the option for either one.

Allowing you to run the camping lantern off its built-in 2000 mAH lithium-ion battery or 3 C cell batteries.

Giving you a combined run time of up to 150 hours.

In addition, this camping lantern provides plenty of light around the campsite, as it produces a robust 1100 lumens of light and is fully dimmable allowing you to adjust the lumens down to 60. 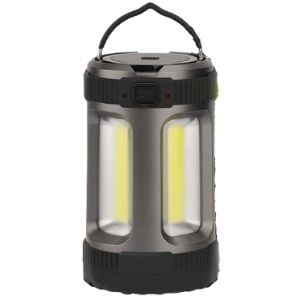 One of the brightest LED camping lanterns you can buy today is the Adelante Camping Lantern, which has a light output of 2000 lumens.

So no matter what kind of light source you need while around the campsite, this handy camping lantern has you covered.

This LED camping lantern from Adelante also has one of the longest runtimes we’ve seen thanks to its two built-in 2000 mAh lithium-ion batteries, which allows this lantern to run on low for an amazing 190 hours.

One of the most versatile camping lanterns available today has to be the LE Lantern Flashlight, which can be used as either a standard camping lantern or a flashlight.

This lantern also has numerous features that make it ideal for camping, as it’s fully waterproof, has various light modes including an emergency red flashing mode, is capable of charging small electronic devices, and has multiple carrying and hanging options.

As a note though, if you’re looking for a powerful camping lantern that produces a lot of light, this lantern flashlight from LE is not a great choice, as it’s really more of a flashlight than a camping lantern.

Because while it does have a 1000 lumen output, this is only possible when the lantern is in flashlight mode, as the camping lantern mode is only capable of producing up to 130 lumens from one side of the lantern.

If you’re looking for a solar camping lantern, you’re going to have to sacrifice light output for the convenience of being able to recharge the lantern with the sun.

As most solar camping lanterns will typically have a light output of around 100 lumens or less.

So the fact that this camping lantern from AGPTEK has a light output of up to 240 lumens is actually quite good and makes it one of the most powerful solar camping lanterns you can buy. 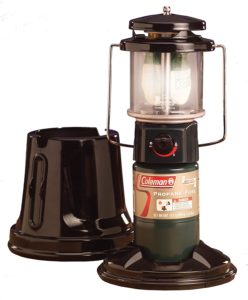 While LED camping lanterns are becoming the preferred choice for more and more campers these days, the good old-fashioned propane camping lantern is still hard to beat.

Especially if you’re looking for a bright camping lantern that produces a lot of lumens.

As most propane camping lanterns will usually start at about 1,000 lumens and go all the way up to 3000 lumens.

While Coleman makes a wide variety of camping lanterns with varying levels of brightness, this Coleman Deluxe QuickPack Propane Lantern is one of the most popular models they make.

Thanks to its affordable price and how easy it is to store and transport.