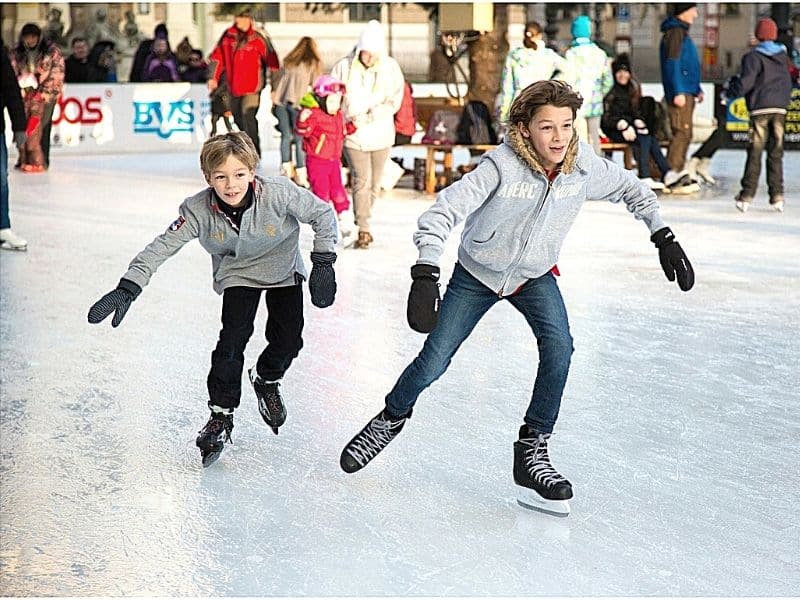 Ice skating is one of the most popular winter sports out there, with more than 10 million participating in the sport each year.

However, ice skating is not without risk, as can be seen from the number of ice skating injuries that occur each year, which according to Rothman Orthopedics was approximately 50,000 in 2015.

But just how dangerous is ice skating?

While ice skating is generally safe, especially in a controlled environment such as an ice skating rink, ice skating is not without risk and can be dangerous, as around 50,000 skaters are injured each year, with the most common injuries being ankle sprains, hand and wrist injuries, fractures, ACL tears, lacerations, and head injuries.

But there’s a lot more to know about the dangers of ice skating than this.

So if you want to know more about the most common ice skating injuries as well as how to prevent them, keep reading.

As we provide information on both of these topics, plus much more.

What Injuries Can You Get From Ice Skating?

While most ice skating injuries are generally minor in nature with the most common injuries being sprained ankles and wrists.

It is possible to sustain more serious injuries while ice skating such as fractures, lacerations, and even head injuries.

So to give you a full picture of the risks and dangers associated with ice skating, let’s take a look at the most common ice skating injuries.

It’s important to remember though that while all the above injuries can occur while ice skating and can seem pretty scary, severe injury while skating is still pretty rare.

And there is risk in anything you do, after all, we all take some level of risk just stepping out the door each morning. 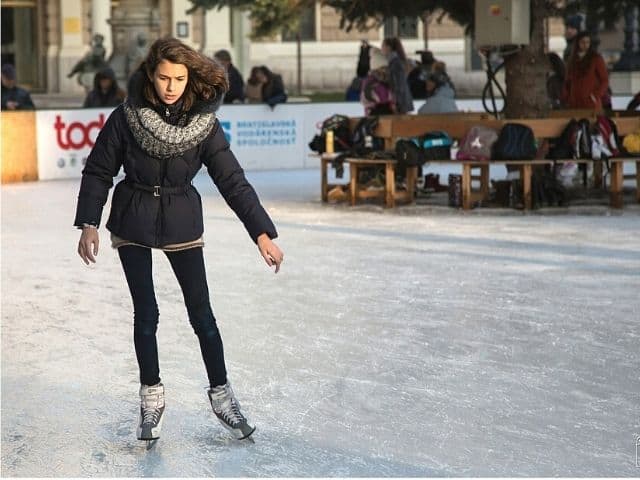 How to Stay Safe While Ice Skating

However, the good news is that there are actually several things you can do to protect yourself while ice skating to help avoid serious injury.

Many ice skating injuries occur because skaters are not wearing the proper or appropriate ice skating gear or equipment while skating and this doesn’t just include ice skates.

Because while a quality pair of ice skates is very important, there is also a lot of other protective gear you can wear while ice skating to help avoid serious injury including:

2. Make Sure Everything Fits Properly

But just having the proper ice skating equipment doesn’t do you any good unless the equipment fits properly.

As loose-fitting and improper fitting ice skating equipment can also lead to injuries.

And this is especially true for ice skates, as improperly fitting ice skates can lead to many different injuries but the most common are sprained ankles, torn ligaments, and fractures.

Warming up is important no matter what sport you’re participating in, as warming up helps to loosen up your muscles and joints.

And ice skating is no exception to this rule, as performing a few stretches and taking a few warm-up laps while ice skating, can go a long way in reducing the likelihood of injury.

As cold muscles, tendons, and ligaments are far more brittle and prone to injury than ones that have been warmed up.

While most ice skaters tend to focus on fall and impact injuries they often forget about the very real danger of cold weather exposure.

Which can be especially dangerous when ice skating outside in the elements.

So if you plan to ice skate and especially outdoors, it’s important to wear the appropriate cold-weather clothing and gear and make sure you take plenty of breaks to warm up.

Dangers of Ice Skating on Frozen Lakes and Ponds

While the risk of injury certainly exists in indoor and outdoor skating rinks, some of the most dangerous places to skate are frozen lakes and ponds.

Because while indoor and outdoor skating rinks can be dangerous, they at least provide some level of protection, as they are artificially controlled environments with well-maintained uniform ice and have numerous safety features such as handrails, safety walls, and support staff.

But when skating on frozen lakes and ponds no such safety features exist, in addition, the ice can also be very unpredictable and irregular, making skating inherently more dangerous.

Not to mention the biggest danger of all while ice skating on frozen natural bodies of water, which is the risk of falling through the ice due to thin or weak ice.

Which can lead to numerous injuries and even death on rare occasions.

So if you plan to ice skate on frozen lakes and ponds you need to take extra precautions when doing so to be safe.

Can Ice Skating Kill You?

While minor and even acute injuries are possible while ice skating due to falls, blunt force trauma, and cold weather exposure, death from ice skating is extremely unlikely and rare.

As there are usually less than a handful of incidents each year around ice skating that results in death, and most of those typically occur on natural frozen bodies of water due to drowning or cold weather exposure from breaking through the ice.

Want to know how expensive ice skating and figure skating is?  If so, check out our article “Is Ice Skating Expensive? Answered With Cost Breakdown“.

Can Ice Skates Cut Your Fingers Off? 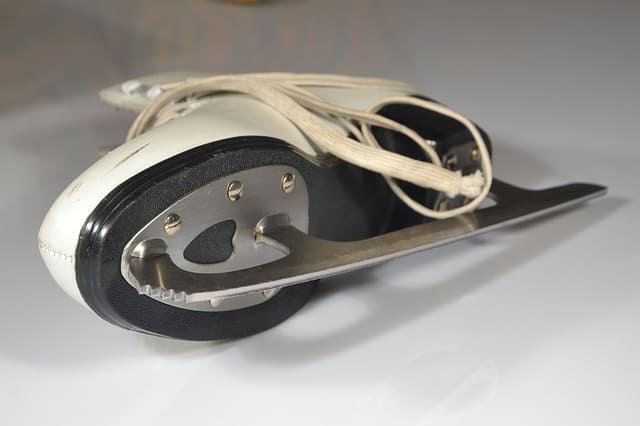 Ice skating blades are usually blunt and not very sharp, especially when it comes to skates you might rent at an ice skating rink.

As blades on ice skates are typically around 3MM or (3/32 of an inch) thick, which is thicker than a nickel.

As the downward pressure exerted by the weight of the skater could easily allow the blades of an ice skate to break the skin or cause damage to your fingers.

So while an ice skate blade is unlikely to cut your fingers clean off, you still want to keep your hands and fingers away from them.

Can You Break Your Arm Ice Skating?

A wide range of injuries are possible while ice skating, including everything from sprains to bone breaks, which typically occur from falling or while trying to catch yourself from falling.

And while you’re more likely to suffer minor injuries such as ankle sprains, cuts, and bruises, or hand and wrist injuries while ice skating, it is definitely possible to break your arm while skating.

Especially if you were to land wrong or the arm was to take the brunt of the impact when hitting the ice from a fall.

Is Ice Skating the Most Dangerous Sport?

As they were able to determine from their research that skiing and snowboarding are the two most dangerous winter sports, as they accounted for the most injuries out of all the winter sports.

And if you’re curious where ice skating fell on the list of most dangerous winter sports, it came in third, as you can see below.

Is it Safe for Seniors to Ice Skate?

Seniors are enjoying a more active lifestyle than ever before and participating in activities and sports that past generations of seniors would never have considered, and one of those activities is ice skating.

As more seniors are lacing up their ice skates and heading out on the ice than ever before.

But is it safe for seniors to ice skate?

The general position from doctors and orthopedic surgeons is that ice skating can be a safe and effective workout for all age groups and that includes seniors.

However, when it comes to seniors and ice skating, it’s best to take it slow in the beginning, when learning how to ice skate, as seniors can be more susceptible to injuries, such as sprains and fractures compared to younger skaters.

Want to know how hard it is to learn how to ice skate?  If so, check out our article “Is Ice Skating Hard to Learn? (12 Tips that Make it Easier)“.